Find Solutions to Your Business Problems

With Legal Representation You Can Trust 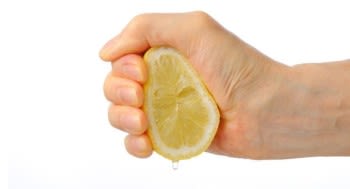 In 1978, in Burt v. Burt Boilerworks Inc., 360 So. 2d 327 (Ala. 1978), the Alabama Supreme Court foreshadowed its willingness to create a direct claim by shareholders of a closely held corporation. In Burt, the Alabama Supreme Court acknowledged that majority stockholders owe a duty to act fairly to the minority interests, and that the majority cannot avoid that duty merely because the action taken might be legally authorized.

But it was not until 1990, in Ex parte Brown, 562 So. 2d 485 (Ala. 1990), that the Alabama Supreme Court for the first time recognized a minority shareholder’s right to bring a direct claim against individual offices, directors, or shareholders for violating their duty of fair dealing owed to minority shareholders. The Court thereby gave validity to claims for “squeeze-out” or “oppression” and the recovery of direct damages by the minority shareholder for such claims. The Court stated as follows:

The minority has made an affirmative showing that the majority has systematically sought to squeeze out the minority. The failure to pay adequate dividends when so much income is being made by the corporation and the salaries for Bryant, Phelps, and May are being raised is prima facie evidence of a squeeze out. The board of directors of a corporation, acting through the officers, is entitled to conduct the business of the corporation for the mutual profit of all of the stockholders. The minority is not entitled to any special privilege, but it is entitled to fair treatment in the corporate decision-making process. We direct the trial court on remand to determine whether the majority has acted in the best interest of all of the stockholders or whether its decisions were made for the purpose of squeezing out the minority, as the bare facts seem to suggest. If the trial judge determines that the rights and interests of the minority stockholders have been prejudiced by the actions of the majority stockholders, he shall determine and fix an amount necessary to compensate the minority for this breach of duty owed them by the majority.

However, the scope of a “squeeze-out” claim remained unresolved. During the 1990’s, the Alabama Supreme Court engaged in an ongoing dialogue regarding “direct” claims (i.e., squeeze-out or shareholder oppression claims) versus the traditional “derivative” claims by shareholders of closely held corporations. The most vocal critic of “squeeze-out” claims was Justice Houston. In his dissent in Ex parte Brown, Justice Houston criticized the recognition of a direct claim of squeeze-out, describing the claim as “all this and heaven too.” See Ex parte Brown, 562 So. 2d at 497, fn. 12. In his dissent, Justice Houston began what would continue in later cases to be his consistent criticism of the recognition of a direct claim of squeeze-out:

In 1991, the Alabama Supreme Court squarely addressed the “direct” versus “derivative” issue in McLaughlin v. Pannell Kerr Foster, 589 So. 2d 143 (Ala. 1991). Minority shareholders filed a single complaint seeking both a “direct” recovery and a “derivative” recovery for the corporation. In dismissing the “direct” claim, Justice Houston, speaking for the Court, stated:

“We affirm that portion of the summary judgment as it relates to the plaintiffs’ claim on their own behalf. Whatever damages the plaintiffs may have suffered were incident to their status as stockholders; and whatever recovery may be effected by the derivative action inures to the benefit of all innocent stockholders and not to the plaintiff stockholders individually. Green v. Bradley Construction, Inc., 431 So. 2d 1226 (Ala. 1983); see also, Stevens v. Lowder, 643 F.2d 1078 (5th Cir. 1981).”

The next decision from the Alabama Supreme Court addressing “squeeze-out” is Michaud v Morris, 603 So. 2d 886 (Ala 1992). The Court initially affirmed without opinion a direct recovery of $195,500 in favor of the minority shareholder. In an unpublished dissent to the unpublished affirmance, which was later withdrawn, Justice Houston described the $195,500 direct recovery in the unpublished first opinion as “extending the tort of squeeze-out to impermissible limits.” On rehearing, the Court reversed the direct recovery, and rendered judgment in favor of the defendants stating as follows:

The only evidence Morris offers to show oppression at the hands of the majority is the fact that the majority exercised control of the corporation to terminate his role as general manager of the restaurant.

Although Morris might have had a legitimate expectation that he would be retained as general manager of the corporation, we hold that expectations, standing alone, are not enough under the facts of this case to show oppression at the hands of the majority.

The majority had a legitimate right to exercise control of the corporation in its best interests. Under the facts produced here, that right included the right to change management. We hold that Morris failed to make out a prima facie claim of oppression.

Although reversing the direct recovery for lack of evidence of oppression, the Court in Michaud did make an interesting statement that “[c]ertain basic expectations of investors are enforceable in the courts, and among those is a right to share proportionally in corporate gains.” Michaud, 603 So. 2d at 888. This was one of the first signals that the Court might be willing to permit other direct claims based on the notion that shareholders in closely held corporations reasonably expect to share the profits of a corporation as they would in a partnership.

The case of Stallworth v. AmSouth Bank of Alabama, 709 So. 2d 458 (Ala. 1997) involved purportedly derivative and direct claims by the minority-shareholder plaintiff. The Stallworth Court reaffirmed the squeeze-out cause of action, but added caution:

Although this Court has held that majority shareholders in a close corporation “owe a duty to at least act fairly to the minority interests,” Burt Boiler Works, 360 So. 2d at 331, the squeeze-out cause of action is not a panacea for any and all conduct undertaken by majority shareholders of a close corporation that could be deemed “unfair” to the minority. As our holding in Galbreath indicates, a minority shareholder cannot parlay a wrong committed primarily against the corporation, which gives rise to a derivative claim only, into a personal recovery of damages under a squeeze-out theory by simply stating that the injury to the corporation is also “unfair” to him as well.

Stallworth, 709 So. 2d at 467. Citing Michaud v. Morris, 603 So. 2d 886 (Ala. 1992) and Ex parte Brown, 562 So. 2d 485 (Ala. 1990), the Court went on to provide a helpful hint as to an additional type of conduct, along with the attempt to purchase a minority shareholder’s stock at a deflated/under-valued price, which may enable a direct claim: “[t]he exclusion of a minority stockholder in a close corporation from employment or participation in management, and the resulting deprivation of salary for the performance of such duties, is the kind of personalized injury for which an individual shareholder may seek a remedy via a squeezeout action.” Id.

Interestingly, Justice Maddox’s dissent in Stallworth seems to foreshadow the more-modern view of the contractual nature of closely-held entities, specifically including limited liability companies, today. Justice Maddox contends that any direct cause of action by a shareholder is (or should be) based primarily upon the shareholders’ contractual agreement as to the operation of the corporation:

My view of the nature of the cause of action for minority shareholder “squeeze-out” is based on the theory of an implicit agreement to share the proceeds from corporate activities. “Squeeze-out” claims “can only be given concrete meaning by reference to the explicit or implicit ex ante understanding of the parties and reasonable expectations based upon that understanding.”

Then, in 1998, the Alabama Supreme Court issued its opinion in Brooks v. Hill, 717 So. 2d 759 (Ala. 1998). In Brooks, the Court held that (1) a cause of action for “corporate waste” or “waste of corporate assets” belongs to the corporation, not an individual shareholder; (2) a shareholder claim for devaluation of the shareholder’s stock pursuant to Alabama Code § 10-2B-8.32 [now Ala. Code § 10A-2-8.32] is a form of a breach of fiduciary duty claim, and is a tort; and (3) a claim for squeeze-out is a distinct and separate cause of action from the statutory claim for devaluation with intent to purchase found in § 10-2B-8.32 [now Ala. Code § 10A-2-8.32]. In his concurrence in the result in part and dissent in part, Justice Maddox takes his contractual argument a step further, and argues that permitting shareholders in closely-held corporations to bring direct contract-based claims is a “more efficient” means of handling disputes. Brooks, 717 So. 2d at 770 (Maddox, J., concurrence in the result in part, dissent in part).